From Vai to Ierapetra

The beautiful east side of Crete !

This excursion is an opportunity to see beautiful east side of Crete and visit famous palm forest. Did you know the original Bounty advert was filmed in Vai, but not in the Caribbean?

The palm beach of Vai is one of the largest attractions of the Mediterranean island of Crete. It features the largest natural palm forest in Europe ! At the beginning of the 1980s Vai was full of backpacker tourists from the whole world, leading to a mixture of chaotic campground and garbage dump. Vai was enclosed and declared as a protected area. The unique forest recovered, the beach became clean.

Vai Palm Forest covers an area of approximately 200,000 sq metres. According to local legend, the forest grew from the stones of dates that were thrown here by Egyptian soldiers, Saracen pirates and King Mithridates’s army.

Standing at the fortress, overlooking the old neighbourhoods and gazing out at the Libyan sea from its four towers, you’ll let the stories of the Saracen pirates take over your imagination. A point of architectural pride for Ierapetra, and its most impressive attraction, the famous Fortress of Kales was built at the beginning of the 14th century and has witnessed its fair share of history – not only the Venetian and Ottoman wars, but also catastrophic earthquakes. Well-preserved and impressive, it hosts various cultural events, like the Kirvia cultural festival every summer.

About 9.6 km west of ancient Itanos, in a lunar landscape of stones and shrubs, you’ll find the Toplou Monastery. A fortified monastery built in the 16th century, the Ottomans named it Toplou after the cannon that it used to keep pirates at bay (‘top’ means cannon in Turkish).

So your journey starts with first stop in Ierapetra city, famous with its winter fruits and vegetables because of good weather conditions to grow them, and port with historical monuments.

Second stop is in old monastery of Toplou with its ancient icons. And after your course continue directly to Vai, the only natural palm tree beach in Europe. Sunbath or swim in the tropical waters, just relax in the waterfront tavern.

On the way back home last stop at Sitia city, where you will have a chance to drink some coffee by the sea or have a walk around the harbour. 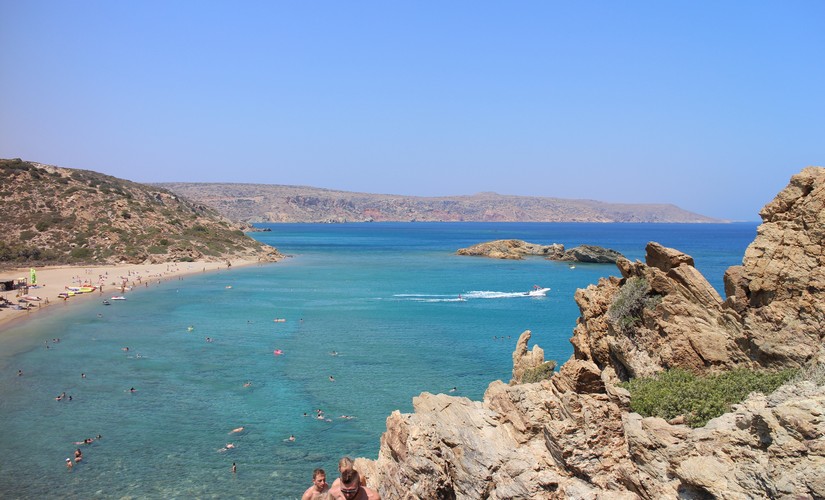 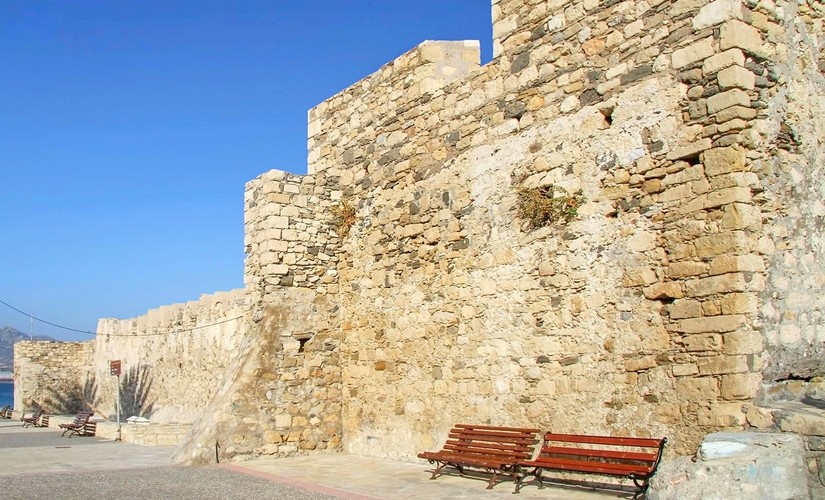 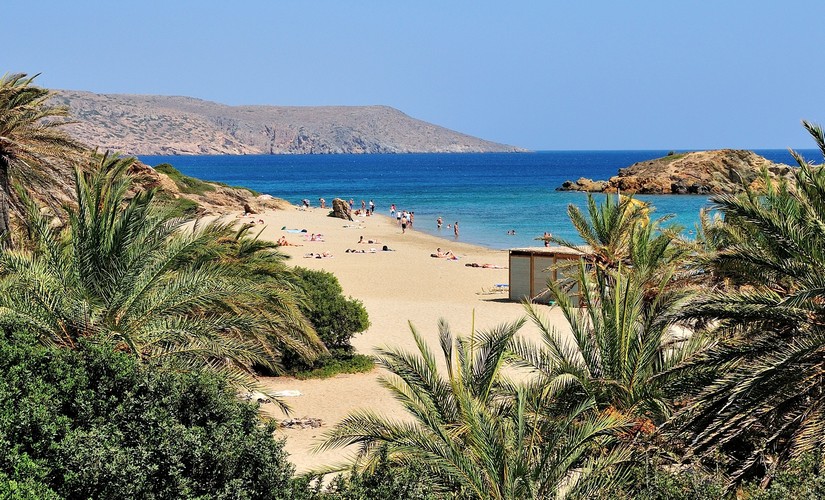 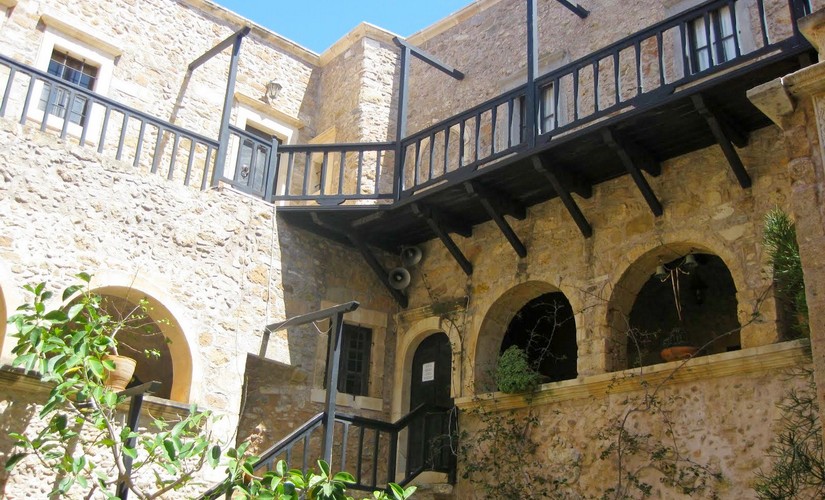 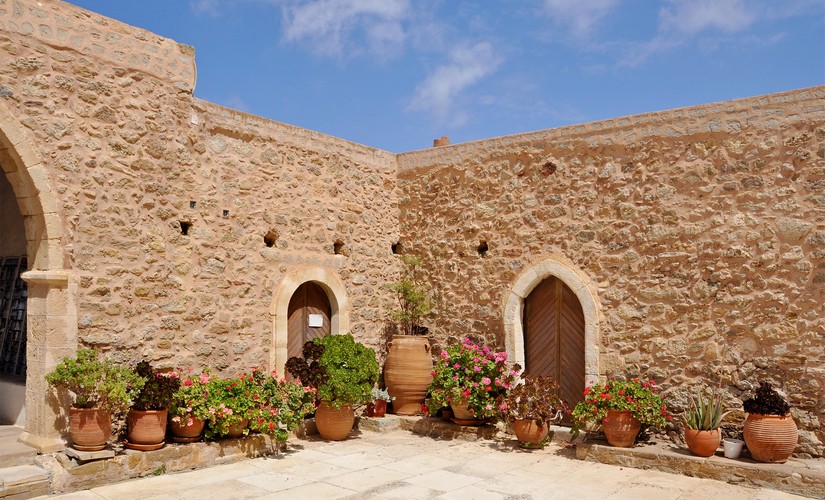 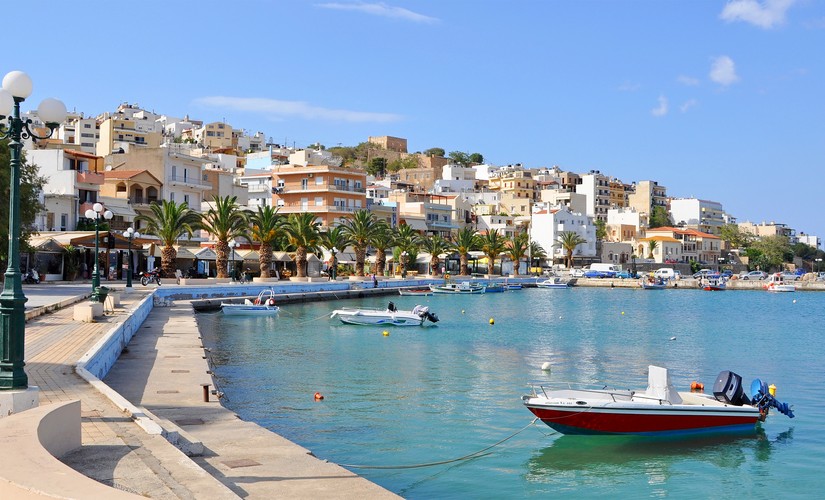 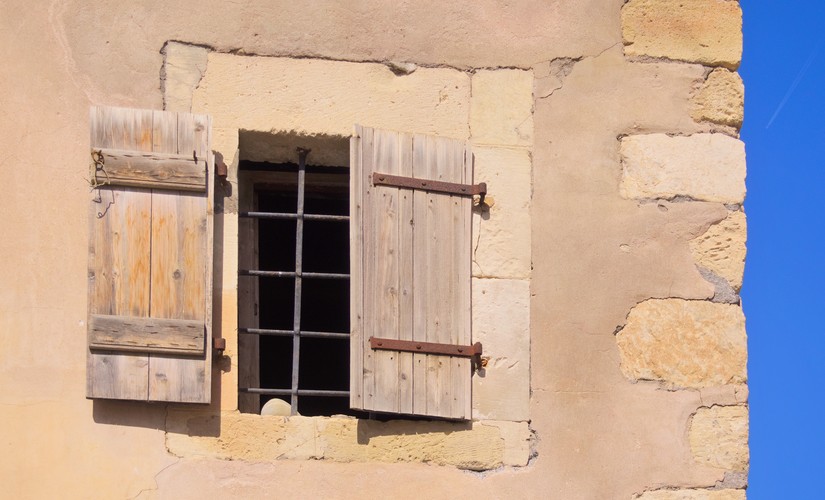